All Changes Have Their Melancholy

“All changes, even the most longed for, have their melancholy; for what we leave behind us is a part of ourselves; we must die to one life before we can enter another.” Anatole France 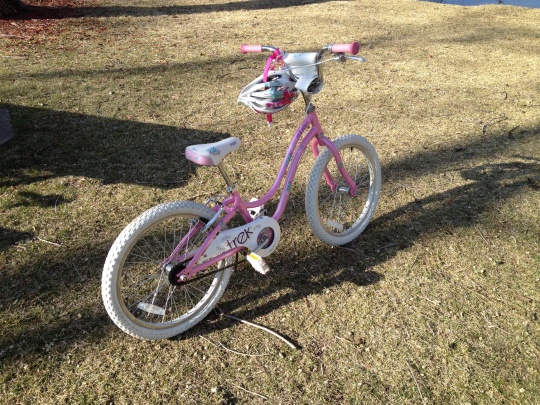 That quote is a tad dramatic for this topic, but back in April I was feeling a loss too keenly to write about it. I’ve read many a post by a parent or grandparent experiencing this normal life transition. I suspect knowing it’s normal didn’t make it any easier for them either.

Raqi has always been ‘our’ grandbaby.

As is often the case in step-families, we had to wait our turn. A first granddaughter was born to Hub’s older son. Next a first grandson was born to Hub’s younger son. Naturally parents are very protective of their first-borns, and naturally the biological grandmothers expect to have those babies to themselves. While Hub and I visited and occasionally babysat, we didn’t have the luxury of much one-on-one time with those two babies.

By the time Raqi came along, her older brother was three; both parents were tired, stressed and steeped in career paths; and biological grandmothers had “been there; done that”.

Raqi seemed ripe for the taking!

When she was two weeks old, she had her first overnight with us. That quickly became two overnights a week, and even more when Mom and Dad could stand the guilt of relinquishing her. It gave them much-needed relief; gave three-year-old Sparks time alone with his parents; and gave Hub, Raqi and me an opportunity to bond with each other in a way I never imagined.

Not only has our bond flourished for eight delicious years, but we have become closer to Sparks and his parents than we would have otherwise. I will always be grateful to my stepson and daughter-in-law for making us such a welcome part of their home and their family.

In April we took our first spring bike ride to the pond near our house. After we circled the pond several times, Sparks and Hub headed home to get the football, but Raqi wanted to stay at the pond.

She normally chats non-stop and is always in close physical contact with us. So it was unusual when she left me with the bikes; walked over to the tree and stared quietly at the water.

After about five minutes, I walked over and leaned against one of the other trunks. I didn’t say anything and eventually she began telling me how sad she felt that their family was moving to another house. When I asked her why, she explained that she had lived in that house since she was born, and all her memories of her life are in that house. She went on to talk about her bedroom and how much she loved the color and the wall decorations and how many times she and I played with her dolls in there.

She cried, saying she’d never be happy in another home.

It broke my heart.

Or should I say it added to my broken heart. For months Hub and I had been dreading the changes that were coming – not just the physical change of their home which, indeed, held so many memories, but the loss for the two of us as Sparks and Raqi move into adolescent/pre-teen preoccupations, and baby/toddler absorption fast-fades in the rear view mirror.

Even though they will always be with us; they won’t.

I know I don’t have to explain that to most of you.

That day, I tried to reassure Raqi that we will – as a family – carry memories of that home in our hearts, and we will help each other remember. I also promised her (and myself, although I don’t quite believe it) that we will make just as many good memories in their new house.

Within three days of moving, Raqi had fallen in love with her new next door neighbor Em. Those two girls became inseparable for the rest of summer, Raqi going so far as to write Em a “love poem” when Em left for a week on family vacation. My heart beams for both of them.

Hub and I are learning to find joy being interested observers as Raqi’s world widens, thankful we have front row seats.

The Time I Was Mistaken for a Drug Runner – Part 1

Comments on: "All Changes Have Their Melancholy" (44)