This Doesn’t Add Up!

Hub and I sat down last night to help Sparks (5th grade) with his homework.

You know where I’m going with this, right?

Sparks gave us an hour lesson in New Math, during which my thinking cap was knocked so askew I had to lie down for an hour. In New Math, that adds up to 1½ hours of no one learning any New Math.

We recovered by having some pie.

Apparently 98% of our population in any given year doesn’t grasp how to add, subtract or multiply numbers by columns. Neither do we know how to divide numbers using this cool Boomer doodle pattern: 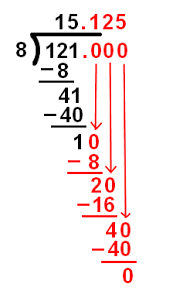 That’s the only reason I like long division – that rockin’ doodle pattern!

Don’t worry, there are doodle patterns in New Math; just not that obsolete Boomer pattern.

In New Math, the doodle pattern is 100% addition.

That’s right. Subtraction, multiplication and division are each distilled down to addition. Specifically addition of tens. See how this problem starts out as subtraction but quickly morphs into addition? 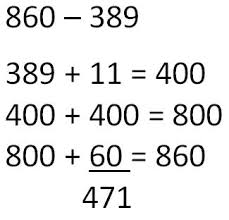 For instance this kind of problem:

The gist is 72 and 39 are broken down into tens and reconfigured into completely new numbers spread out across that doodle-y horizontal line. The new numbers are then … … ok, I have no idea how to proceed, but I’m 97% certain there’s a subsequent calculation requiring an additional doodle.

Is anyone seeing a pattern here?

Call me doodle-brained, but New Math looks like it’s taking us down a slippery slope to a nation of … well … doodlers, not mathematicians!

Nevertheless, I’m encouraging Sparks to stick with New Math. I’m counting on him to calculate answers to some mathematical problems that have long plagued my musing mind:

When I was an auditor, I had a client who developed his own catch-all math response to my intrusive audit inquisition – probing for the truth about sales, inventory, expenses and profit.

Me: “Hey Sam, I’m looking at your inventory records stating the number of new and used cars you have on the lot, but my actual count is … well, it’s just not adding up.”

Sam (grabbing inventory sheet and his eraser): “What number would you like it to be?”

Sam didn’t need New Math OR a doodle to calculate that!

‘Up at the Legion’

The Beauty of Female Comedians