And the Winner Is … 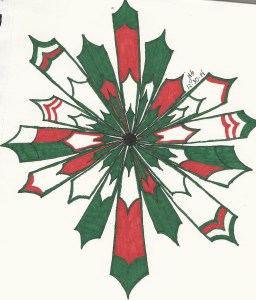 What a year it’s been!

The year is barely twelve hours long, and already I’ve received a plethora of good reads from all of you scrolling through my Reader (it’s ‘almost’ as good as opening the mailbox and having a slew of handwritten letters from worldwide penpals fall into my hands).

Even better – I have something to write about! No writer’s block here!

Can a year start on a more promising note than with reading and writing overflowing my laptop?

It all started with Laurel at Alphabet Salad who suggested we each select an inspirational word for the year.

Remarkably, shortly thereafter, I clicked on Sarcastic Muse (thanks, Dan, for that recommendation) and read this quote:

“Art, whatever form it takes, requires hard work, craftsmanship and creativity. As a writer, I know my grammar, cadence, the music of prose, and the art of the narrative.”
F. Sionil Jose as seen at The Sarcastic Muse blogsite

My heart started beating faster, my toes began tapping, I heard music in my head and hope in my soul.

Cadence – what I want my writing to be. The word itself rings with rhythm, gravitas and, yes, even mystique. I would consider it the greatest writing accomplishment to be told I write with cadence.

Cadence – how I want to live this year. Finding the balanced flow that accompanies every moment of our awakening, our doing, our sleeping, our dreamland. If only we pay attention. I am the conductor, the symphony, the audience, the concert hall, the music itself.

Cadence derives from the root ‘cadere’ which means ‘to fall” – especially in oratory tones at the end of spoken lines. The meaning has evolved through time to “a rhythmic sequence or flow of sounds in language” and “the beat, time, measure of rhythmical motion or activity”.

Life is a dance. Everything we do from drinking a glass of water to closing our eyes at night can be done with rhythm, grace, beat, syncopation. Cadence permeates our words, gestures, sounds, thoughts, beliefs.

Curious, I clicked the Urban Dictionary link to see how its definition of cadence might differ from Wikipedia’s, and found this:

“cadence: a girl with an amazing sense of humor and personality; loves her friends and family…”

I will revisit cadence often during the year – continuously striving for measured rhythm in both my writing and my life. In the few days since I’ve adopted cadence as my inspirational word for 2015, other c’s have come creeping into my consciousness, begging to be cultivated, communicated, chronicled:

Would that I will write of these with cadence in my stride.

My Picks for the Best Books, Part One